Please allow me to present to you my new catalogue of tools on the assumption that you will be interested in it and I would like to ask you to find a place for it in your registry. I would be delighted if you used it quite often to place your valued orders. You might be interested in getting to know some facts about the oldest forestal specialist company. The company Wilhelm Göhlers Wittwe was established in Antonsthal in 1865 by the inventor of the revolving log marking hammer, Herr Göhler, senior forestry official. In 1890, after Herr Göhler's death, the company was transferred to Freiberg where at first it was continued by his widow. Thus the name '' Wilhelm Göhlers Wittwe''. The company's name was kept when it was sold by Frau Göhler, again to a Saxon forestry official who – together with his son continued with the further development of the company. Since 1930 the management of the company has been in the hands of the son- in- law of the late last proprietor. Whereas only revolving log marking hammers and simple numbering hammers were produced in the first years after the establishment of the company, the company quickly continued to grow and produced apart from sliding calipers also logging transport devices, timber processing installations and timber loading machinery. The company became known not only in Germany but also abroad, partly by German experts in the timber industry who far from home remembered ''Göhlers Wittwe''. German foresters introduced the company's tools in South America, Africa, India, China, Japan etc. Each expert probably knows the name '' Wilhelm Göhlers Wittwe''. We constantly supply many big timber trading companies, sawmills etc. with our tools. This reputatation makes us set great store on the quality of our products. As specialists our company is inseparably connected with forest and wood management and has gone through all the good and bad times with these two branches. While the company employed 6 men in 1865 it now employs a workforce of 85. More than 60 special machines are used for the production of our tools, amongst them also heavy machinery such as a big air hammer and a 100-ton press. Please think of us when you need tools and be so kind as to place your orders with our tool company. 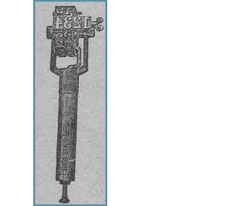 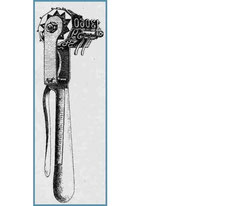 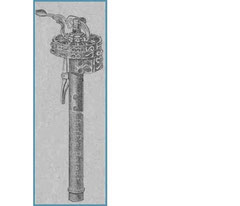 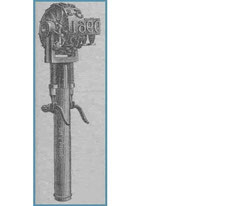